Kupang is a region located in the southeast part of Indonesia. Kupang may not as famous as its neighbor islands or regions like Sumbawa, Lombok, or Bali. However, the exoticism of a tropical island that this island offers deserves a visit for a new excursion experience in Indonesia. Here are the popular attractions that you may visit in Kupang. 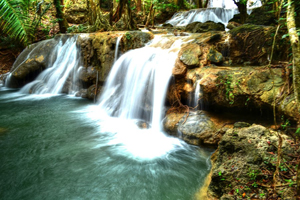 Oenesu Waterfall, is a famous tourism object that you can found here in Kupang, Nusa Tenggara Timur. This waterfall could be reached in 17 km from the city of Kupang. This tourist attraction has been known for a long time and has been a favorite place to spend holidays by the local or foreign tourists. The area of Oenesu Waterfall covers approximately 0.7 ha which consists of Heterogenic Forest and beautiful riverbanks.

The uniqueness of this waterfall is the multi tiers that could reach 4 tiers in one waterfall. In the gap of the waterfalls, there are some backwaters that allows you to swim and enjoy the green surrounding. The easy access to reach this waterfall adds another value for this attraction. 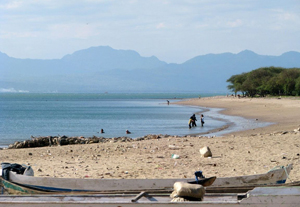 Lasiana Beach is a popular beach for the local people to spend holidays. This beach is located in Cenral Kupang District, Kupang City. Lasiana Beach’s size is about 3.5 ha. The visitors like to visit this beach in the holidays or weekend. The distance from the city is only 12 km and this beach could be easily accessed from the city of Kupang through the main road. Besides that, some public facilities were just built for the tourists, like restrooms, restaurants, and hotels.

This beach has an amazing panorama with its white sands and beautiful wave. In the afternoon, you can also watch the sun set beautifully into the horizon line of this beach. The water is so calm and shallow which is perfect for swimming. On the beach, you can also see the line of coconut and palm trees which add the ambience of tropical holiday. Moreover, some fresh coconuts were sold by the local people to relieve your thirst. In the area of Lasiana Beach you can find some unique building called Lopo-lopo. These buildings are the typical buildings of Timor which use the stack of reeds as their roof. In the west side of the beach you can find an area of small hills which make the panorama even more beautiful. 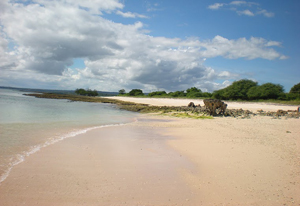 A board written “Pusat Olahraga Memancing Tablolong,” will welcome you the first time you reach the beach line. Indeed, the tourism event which is often held in this beach is fishing competition, even world class fishing competitions. This international tournament has been held to introduce some tourism object in Kupand, especially this Tablolong Beach to the world. Some fish that usually found in this area are marlin, bayonet fish , mackerel, wahoo, bigeye trevally, barracuda, and tuna. 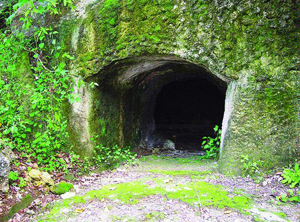 In Baumata, there are some caves which were used as protection bunker by the Japanese Army in the World War II. You can explore this historical cave and give you a flash back of Japanese colonization in Indonesia, especially in Nusa Tenggara Timur. This historical cave is only 300 m from the Baumata pool. After exploring the Japan Cave, you can relax reduce you fatigue by swimming in the Baumata swimming pool.

Japan Cave and Baumata Swimming pool could be reached from kupang in the distance of 16 km and only 6 km from the El-Tari Airport.