Papua or so called Irian Jaya or Jayapura is the most eastern province tip of Indonesia. Papua can be divided into two province, they are West Papua and Papua Province with its capital Irian Jaya. Papua has so many unique attractions which are quite hard to find in the other places especially in Indonesia, like Raja Ampat, Jaya Wijaya Mountain, and Lorentz National Park. Raja Ampat is a fantastically beautiful diving spot, Jaya Wijaya is famous with its eternal snow, and Lorentz National Park is the house of wide range of unique flora and fauna species. Below are the reviews of some favorite attractions in Papua. 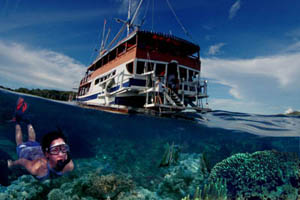 Raja Ampat is an archipelago located in Irian Jaya Barat or West Papua. Raja Ampat means “Four King”, named based on four big islands surrounding the area. This place is a paradise of underwater beauty. It can be said that Raja Ampat is The King of Coral Reefs. That name was not made haphazardly. In fact, Raja Ampat possesses 75% of world’s coral reef type. Besides that, Raja Ampat is also rich of unique underwater faunas, like various species of Katai seahorse, wobbegong (carpet sharks), and manta rays. Thus, for you who are fond of diving, this place must be written in your destination list. However, it is not that easy because if you want to dive here you have to book first, since the waiting list for diving here is amazingly long. Not just foreign visitors, the local visitors also race each other to visit this place and if you want read more about raja ampat here. 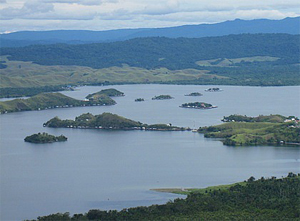 Sentani Lake is a beautiful lake in Papua which is located between Cyclops mountain range at 70 – 90 m above mean sea level. Sentani Lake is a volcanic lake. Its size is approximately 9.360 Ha with average depth of 24.5 m. The sources of its water are 14 big and small rivers with one outfall called Jaifuri Puay. In the western side, Doyo Lama and Boroway, the depth of this lake is very steep. Meanwhile, in the western and central side of this lake, Puay and Simporo, it is very shallow. Besides that, there is also swamp forest in Simporo and Yoka. Some journals mentioned that the bottom of this lake contains sandy mud substrate (humus). At the shallow waters, pandan and sago plants grow. There are 24 villages spread along the lakeside and small island in the middle of the lake.

Sentani Lake is the largest lake in Jaya Pura Province. This historical location offers an amazing scenery where you can see some storks and eagles try to swoop down fish in the lake; a scene that you only watch on TV. You can also use a boat to cruise over the lake. 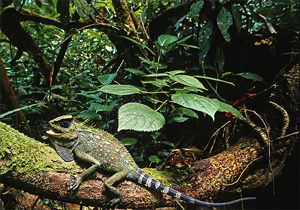 Besides the diversity of floras, faunas of this national park are also highly diverse. Some species of mammals like long snout babirusa, short snout babirusa, wallabies, wildcats, 4 different species of cuscus, and tree kangaroos. Besides those mammals, there are also abundance of bird species in this national park. There are about 630 bird species (70% of Papua’s bird species) here, like Kasuari, Megapoda, Cockatoo, Pidgeons, Burund Udang, Burung Madu and the rarest bird of paradise or Cendrawasih which is also the icon of Papua.

Eternal Snow on the Summit of Jaya Wijaya. 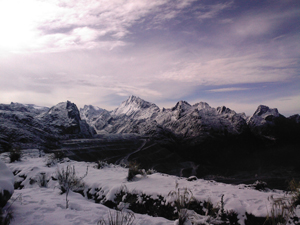 The summit of Jaya Wijaya is one of the phenomenal Seven Summits which are the targets of extreme mountaineers around the world. The summit of Jaya Wijaya is located in Lorentz National Park. This mountain summit is covered by eternal snow which is one of three eternal snowfields in the world found in tropical area. Carstenz Pyramid (4884 amsl) is one of Jaya Wijaya’s snowy summits which is gotten the predicate as the highest summit in Southeast Asia and Pasific. Carstenz Pyramid is not only famous for its high, but also for its thick snow layers. 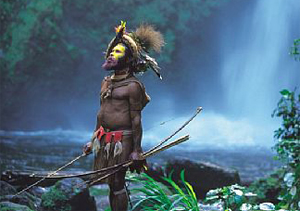 Beside its natural potential for tourist attractions, some archaeological inheritances of Papua also have great potential to be used as tourism object which could benefit the local people. Archaeological heritage in the territory of Papua comes from prehistoric stages of Mesolithic era where hunting and gathering food were human’s main activities. Archaeological relics from this era include the Grotto Dudumunir Araguni Island, Fakfak District, West Papua. In that place, it was also found ancient artifacts in the form of rake tools and arrowheads.

Relics from the same era were also found in the form of paintings on cave walls and rocks like in Tutari Hill, Doyo Lama District, Jayapura, Papua. Archaeological relics are scattered in almost all areas of Papua could potentially be a useful asset for tourism and the local community. The diverse of archaeological heritages in Papua could become a tourist attraction that attracts more tourists to visit Papua.