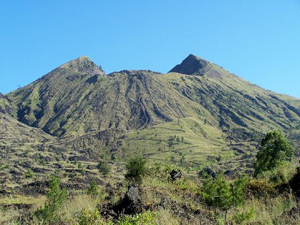 Batur Mountain which is one of favorite tourism destinations in Bali has gotten a new predicate as the first Global Geopark in Indonesia. That honorable predicate was announced by UNESCO (United Nations Educational, Scientific, and Cultural Organization) through its official website at September 22th 2012. However, the final decision of choosing Batur Mountain as a part of Global Geopark Network (GNN) was actually made one day earlier by Global Geoparks Organization. That decision was a result of the 11th European Geoparks Conference during 19th of September until 21st of September 2012, which was held in Arouca, Portugal. Besides Batur Mountain, other new Geopark sites were also acknowledged such as: The Bakony-Balaton, Hungary, Geological and Mining Park at Catalonia, Spain, and the barrier of high mountains in Jiangxi Province, China. With those settlements, Global Geopark Network have owned 91 sites in 27 nations all around the world.

Bangli Regent, I Made Gianyar stated that the next challenge for the government and the people is to organize this area which includes 15 villages organization in the area of Batur Mountain Caldera. Those 15 villages will be developed as excursion destinations. It was explained by Gianyar that the master plan is already created, but it will need to be enhanced. Moreover, for that project the government have allocated Rp. 20 billion which also includes the funds for Geosite development. He then added that the establishment of Batur Mountain as a Geopark is an award from UNESCO for the earth park organizer who could maintain geological conservation and at the same time could utilize it as a tourist attraction.Geopark is a geological heritages area which posses ecological and cultural heritages values and could be functioned as an area of conservation, education, and sustainable development. Geopark is established in a Global Geopark Network Confrence, which is held twice in a year.

Batur Mountain is an active volcano which is located in the district of Kintamani of Bangli Regency, Bali, Indonesia. This volcano stands tall in 1.717 m above sea level and posses a wide and beautiful caldera. The caldera of Batur Mountain was formed by two great ancient eruptions in about 29.000 and 20.000 years ago. In the middle of the caldera, there is a beautiful crescent shaped lake known as Batur Lake. Batur Lake is about 7.5 km in length and maximum 2.5 km in width, with approximately 22 km circumference and 16 km2 area.

Batur Mountain is a part of Pasific Ring of Fire and one of the most active volcano in Indonesia. According to its volcanic record, since 1804, this newly inaugurated Global Geopark has erupted for about 26 times. The establishment of Batur Mountain as a Global Geopark site is highly related to its unique geological landscape and amazing vista. This mountain’s uniqueness and geological beauty, especially the crater, caldera, and Batur Lake have been a mainstay for the tourism object in Bali for years. Toya Bungkah for example, is a tourism object which is located in exactly below Batur Mountain. This place is famous for its natural hot springs which are accommodated in some mini pools in the edge of Batur Lake. The water from the hot spring is believed as curing water for some kind of skin disease. Toya Bungkah now has been developed as a favorite tourist destination along with the construction of some facilities, like resort, spa, café, and camping area. Besides that, in the way of reaching Toya Bungkah (about 2 hour from Denpasar), the visitor or tourist will be provided with some amazing panoramas of Batur Mountain and its surrounding areas. 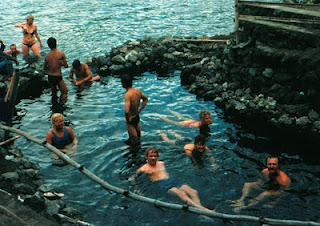 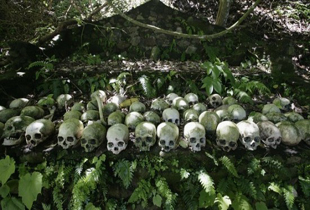 In addition, the cultural side shown by the people around this caldera is also very attractive for the tourists. The people of Batur have a unique Balinese custom which is highly related with Hinduism in Bali. One of this widely known funeral tradition in Terunyan Village, Kintamani. In the funeral in this village, the corpse of the local resident is not buried under the ground, but only placed on a big stone in three different locations. The unique part of this unusual funeral ceremony is that the corpse is amazingly odorless even though the corpse was not embalmed and still underwent natural decomposition process. It was believed that the Menyan tree grown around the cemetery could absorb the odor. Some people also believe that it is the lake which absorb the odor radiated by the decomposed bodies.

The Global Geopark Network Conference 2012 has been an important milestone for our country, because now Batur Mountain is the first Geopark in Indonesia. Actually, aside from Batur Mountain, Indonesia also proposed Danau Toba (North Sumatra), Merangin (Jambi), Rinjani Mountain (NTB), Raja Ampat (Papua), and Kars Sewu (Central Java) as candidates for Geopark Site. However, for this year, only Batur Mountain is chosen from those candidates from Indonesia. Hopefully, in the next GGN conference, Indonesia could be able to gain more UNESCO’s acknowledgments for those earth parks, so it could add more values to the tourism objects of Indonesia.