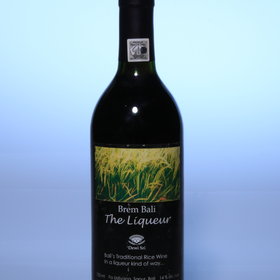 People may think that Indonesia is not a good place for cultivating grapes / vine to produce a good wine. So far, people only know that the good wines come from non-tropical countries, like from Europe, America, or Australia. The fact is that, now Bali also has competed against those countries as a producer of good wines. Now, you can visit this Balinese vast vineyard as well as try the local wine product in Buleleng, Bali.

Buleleng regency in the northern part of Bali Island has a lot of tourist destination like temples and beautiful ricefields. Not just that, Buleleng also has been widely known for its reputation as the best local grapes supplier.

Unfortunately, some of the vineyards in Buleleng have been forced to shut down because of the narrowing lands. Extreme climate was also the a contributing factor to the death of the vines in this area. However, there is still one big vineyard that could survive until now with their well known product, Indico wine.

Indico wine is very famous in Bali. Bali, as known by people is also a famous tourist destination in Indonesia. Many people come to visit Bali for its nature, culture, and arts. However, Bali is not only about those three things mentioned earlier because the tourists could also visit some vineyards in Buleleng regency which are note less attracting and fascinating than the other tourist attractions.

Although Bali has some good vineyards, Indico wine is one of the best wine products originated from Bali. This wine is usually processed into beer, whisky, cognac, and the other kinds of alcoholic beverages. Surprisingly, this wine is not only famous in Bali and Indonesia, but also already spread all around world.

Indico winery is located in Puputan Bali street and has been visited by so many tourists in their holiday time in Bali. The vineyards are actually located on top of the hill of Singaraja with its quiet and peaceful atmosphere. Indico wine Bali brand has gained wide reputation all around the world for its fine white and red wine.

This vineyard and winery was built by Gde Sumarjaya Linggih in 1998 with its company name, PT Banyu Sakti. He was interested to try producing wine because of the abundance of grape harvest in his hometown, Singaraja. At that time, economical crisis was very severe resulting in soaring price of imported wine from the other countries.

Those hard efforts were successful. If at the beginning of his career he could only sell 2000 liter wine per year, now he can sell approximately 8000 liter wine in one year. The variety of the wines has also increased to 4 kinds of wine, like Red Wine, White Wine, White Blush, and Port.

According to Linggih, in a month his company could seel 10.000 bottles of Indico. The distribution of the product is more on the hotels, which sell Indico in their bar. Indico has also been exported to Singapore and other countries, but still the main market of this product is Bali. 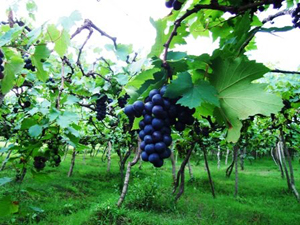 From the beginning, Linggih believe that Indico could get a proper place in the wine market, even though Balinese and Indonesian do not have the culture of drinking wine, like the westerns. That is why, he aimed for the foreign tourists as his customers. He said confidently that Indico does not need to pursue customers to their country because the customers come by themselves to Bali to seek for comfort, beauty, entertainments, and exotics. The tourists who come to Bali must be more attracted to try typical local beverages rather than usual beverages that they always drink in their country.

Nowadays, we can see Indico wines in every bar, restaurant hotel, or market in Bali, and of course some in other countries. The main office itself is located in Denpasar, but its vineyard could be found in Singaraja. The tourists who visit Bali are very welcomed to see the process of making Indico wine which now has become famous all around the world.