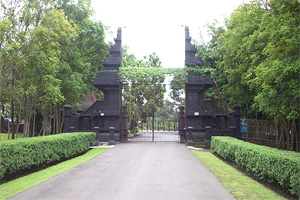 Recreation is one of human primary needs to refresh their mind after doing some boring and tiresome daily routines. Indonesia is a world tour destination that serves so many tourism objects which is really interesting and wonderful. One of the educated tourism objects in East Java, Indonesia which is really suitable to be enjoyed with your family is “Kebun Raya Purwodadi” or it is also called as Purwodadi Botanical Garden. This object is a good choice for you who want to take your time out from the pollution in your place, want to enjoy the beauty of the nature and the freshness of the air as well.

Purwodadi Botanical Garden is located in Purwodadi village, Purwodadi subdistrict, Pasuruan Regency. It is in the edge of main road which connect three towns such as Malang, Surabaya, and Pasuruan. From Malang it is about 24 km to the north, and from Pasuruan it is about 30 km to southwest, and from Surabaya you just need to go to the south for about 65 km. from Surabaya, if you take railway you can drop to station in Lawang about 20 km before Malang. After that, you will see four floors-antique buildings from 19 century which is becoming Niagara Hotel. Then, in several minutes, after long turning you will be at the location. 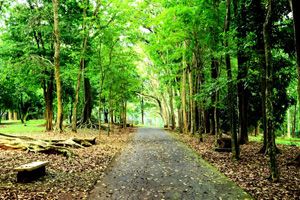 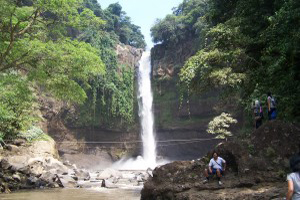 This botanical garden is about 85 ha, and in 300 meters high from sea bottom level, with flat and wavy photography. The rainfall average of this tourism object is about 2366mm per year with the temperature of 22 – 32 oC. According to the large of this area, it is really possible to have 11.500 numbers of plants, which is divided to 1864 kinds from 169 families. For sure this area is so fresh, natural, green, and you can take oxygen as much as you want. There are so many kinds of plants here, but generally it will be explained some of them. There are six kinds of plants which will be discussed as follows.

1. Orchid collection, it is placed in green house and some of them are outside, which is in the western of the garden. There are hundred kinds of the orchids.

2. Bamboo collection, it has 30 kinds of bamboos which are taken from Java, Sulawesi, Maluku Island, and from other countries such as Thailand, China, and Birma. This group of plant is in southern garden.

3. Palm collection, for this collection is located in the middle of the garden. Palm is a plant which can alive for hundred years.

4. Fern collection, this garden has 60 kinds of fern. They are located at eastern of the garden which is near with the river and waterfall there.

5. Legumes collection, for this category the garden has 157 kinds of plants from 70 genuses. It is located in the northern of the botanical garden

6. Medicine plant collection, this category is located in eastern of the botanical garden.

If you want to walk around the garden, you can pass the lane by using bicycle or in asphalt road by using private car. If we are tired, we can rent “kereta kancil”, small railway.