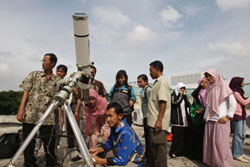 Jakarta is known as a busy town, full of high towers and hustling people. In this capital city of Indonesia, there is not much tourism object could be found. However, this metropolitan is fully built with entertainments and venues, such as fine restaurants, luxurious hotels, theme parks, cinemas, and other modern entertainments which are also interesting. One of the venues which could be visited in this city is Planetarium Jakarta. Planetarium Jakarta is located in the complex of Ismail Marzuki Park, Jalan Cikini Raya 73 Central Jakarta. This place is an excursion venue and at the same time education facility which shows astrology simulation or space objects. The visitors will be taken to a virtual adventure around the universe for comprehending its concept step by step.

Planetarium Jakarta was built to assist people especially the students to gain more knowledge about universe and its objects outside their school with an interesting and captivating media. Planetarium Jakarta was built in 1964 initiated by President Soekarno and the construction was handled by the Government of Jakarta. In 1968, the main building with its equipments is finished and at 10 November 1968, Planetarium and Observatory Jakarta was inaugurated at the same time with the Jakarta Art Centre, Ismail Marzuki Park, by the Governor of Jakarta Ali Sadikin. In this place, there is room for exhibiting space objects in the form of photos with detailed explanation, theories of galaxy formation and the scientists who proposed these theories. There is also a display contains a set of spacesuit used for exploring the space by the astronauts. The other equipments for space mission are also displayed here. 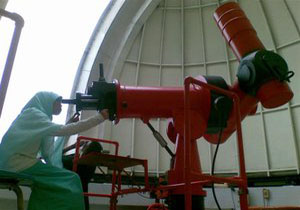 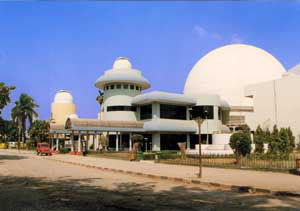 Planetarium Show began to open to public at 1st of March 1969, with a Universal Projector made by a German company, Carl Zeiss. Thus, 1st March is commemorated as the anniversary of Planetarium Jakarta. In 1996, the Management of Planetarium and Observatory Jakarta did building renovation and renewed the equipments of this place. This renewal includes replacing the main projector with the more sophisticated one which could be fully controlled by computer; Universal Projector was replaced by Universal Projector Model VIII; dome screen material was renewed with smaller diameter (from 23 meters to 22 meters); the floor was elevated and terraced; all of the chairs are directed to the south; and the number of chairs is reduced from 500 to 320 chairs.

Planetarium and Observatory Jakarta has a collection of 9 movies which are shown in turn. Every movie is about 60 minutes with a live narration and great background music and special effects. This is the list of the movies shown in Planetarium Jakarta.

1. Tata Surya (Solar System)
This movie is an introduction to the solar system and the development of human’s understanding and knowledge about the universe.

2. Penjelajah Kecil di Tatasurya (a Little Explorer in the Solar System)
This movie discusses the topic of comet, asteroid, interplanetary materials, and other objects which are often referred to as the little explorers of solar system.

3. Pembentukan Tata Surya (Solar System Formation)
A movie discussing various theories which are created to figure out the mystery of the solar system.

4. Planet Biru Bumi (Earth, the Blue Planet)
This movie explain everything about earth and its origin.

5. Dari Ekuator Sampai ke Kutub (From Equator to the Pole)
A movie about the appearance and the daily motion of celestial bodies as seen from Earth.

6. Gerhana Matahari dan Gerhana Bulan (the Solar and Lunar Eclipse)
As its name implies, this movie explains about the eclipses, including the myths of this phenomenon.

7. Galaksi Kita Bima Sakti (Our Galaxy, Milky Way)
An attractive movie about the Milky Way, where Earth belongs to be.

8. Riwayat Hidup Bintang (the Life of Stars)
This movie discusses about the process of birth, development, and death of a star.

Since April 1999, Planetarium Jakarta has added new kinds of shows such as multimedia show, which is a great audiovisual show using slides combined with audiotape created in an attractive appearance. In this show, the important things about the sun and some theories of universe formation are explained. There is also a scheduled space observation which is free to be tried by the visitors.

Planetarium Jakarta has become more and more popular every year. The upgrades of its facilities and the attractive topics of universe are the main factor for its increase. Planetarium Jakarta has also become one of the alternative recreations for the people of Jakarta. Visiting this place yields double benefit, refreshment and knowledge.