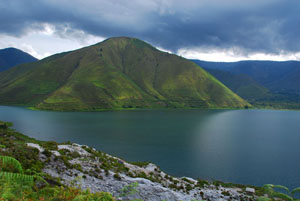 Toba Lake was formed after super volcano eruption 73.000-75.000 years ago. It was estimated that around 800 km3 volcanic rocks and 2000 km3 volcanic dust were ejected and spread into the sky. It was also spread by wind to the west for 2 weeks, covering half of the earth from China to South Africa. The eruption occurred during 1 week and the dust could reach 10 km above sea level. Toba Lake is the most favorite destination in North Sumatera for both local and foreign tourist. You can read more about toba lake here. 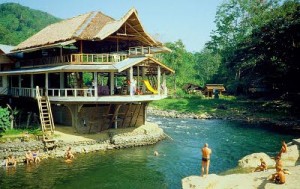 Lawang Hill is a tourism object located in Bahorok District, Langkat, North Sumatera. This place has been famous for local and foreign tourists. During holidays, thousands of tourists visit this place to explore Langa Hill, see the natural habitat of orangutan, or enjoy the beauty of Lawang Hill itself. In addition they can also enjoy the freshness of water in Bahorok, the tourists also like to watch the amazing panorama of Bukit Barisan mountain range, which is more popular as Gunung Leuser National Park. The local tourists usually come from various area like Medan, Binjai, Deli Serdang, or Langkat.

Besides having a vacation, the tourists also like to stay in various resorts or hotels like Rindu Alam Hotel, Bukit Lawang Cottege, and so on. In long holidays these hotels could be fully booked. The tourists could also buy some souvenirs like shirts and keychains around the hotel. 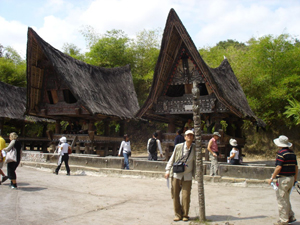 Samosir is an island located in the center of Toba Lake, North Sumatera; an island with 1000 meter above sea level height. Samosir is actually a new regency in Sumatera Utara, which was inaugurated as a regency in January 2004. Before that, Samosir is a part of Toba Samosir regency. This new regency consists of 9 districts, like Pangururan (the capital), Harian, Sianjur Mulamula, Nainggolan, Onan Runggu, Palipi, Ronggur Nihuta, Simanindo, and Sitio-Tio.

Each district has its own tourism objects, which are organized by the government and the local citizen. However, the potential of those areas are not maximized yet. Not many promotions are done to attract tourists to come here.

The lack of good access to the island is one of the factor which obstruct the development of Samosir as a tourism object. To reach this island, a long trip must be done. From Medan to Prapat needs 4 hour driving, and then 45 minute for crossing the lake from Ajibata dock. However, if you use a speed boat, it will only take 10 minutes to arrive at Samosir Island.

Samosir Island is believed as the origin of Batak people which is centered in Pusuk Buhit, Sianjur District. Pusuk Buhit is a hill range with 1800 meter above lake level height. This hill is believed by the Batak as the universe or the place for God to appear. 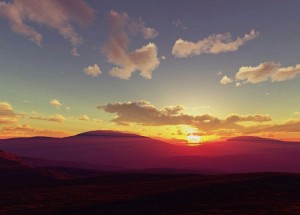 Sibayak Mountain is located on Karo Highland with 2.904 m above sea level height. This mountain could be reached from two place, Raja Berneh Village and Brastagi Town. Sibayak Mountain is an active volcano which has a shallow crater and this crater is relatively easy and safe to be visited as long as you are not too close with it. 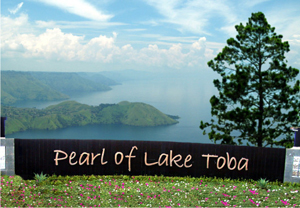 Gundaling is 1.575 meter above sea level and could be reach about 3 km from Brastagi Town. To reach this hill, we can go on foot or by sado (local gig). In this hill there are some beautiful parks, resting areas, and a pathway for jogging around the summit of Gundaling. From this summit we can see the amazing panorama of Sibayak and Sinabung Volcano.