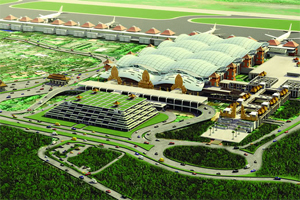 For you who often spend your holiday in Bali especially through the sky, you must have already been familiar with Ngurah Rai International Airport. This one and only airport in Bali is the main gate to the island for most of the foreign tourists. The airport which is located in the area of Tuba, Badung is now undergoing renovation which in the near time will be officially opened and fully operated.

The History of Ngurah Rai Airport

Before discussing about the current Ngurah Rai Airport, it will be more interesting if we take a glance over this airport’s past. Ngurah Rai Airport was firstly built in 1930 by Voor Verkeer en Waterstaats (a kind of Public Works Department owned by Dutch colonialist). Actually, it was far from an “airport” but only a 700 meters grass airstrip spread on the farm land and graveyard of Tuban village. During that time, this airstrip was not named Ngurah Rai Airport yet, but Tuban Airport or Pelabuhan Udara Tuban. After passing several wars and independence struggles (including bombed by the Japanese, finally in 1949 terminal building and air traffic controller (ATC) tower was built from woods. Then, during 1963-1969 this modest airstrip was renovated by the government of Indonesia with purpose of improving Bali’s tourism. 1st of August 1969 was the moment when this airport was officially opened after the renovation process and at the same time this airport’s name was changed into Ngurah Rai International Airport. The name “Ngurah Rai” was chosen to commemorate the services of national war hero from Bali, I Gusti Ngurah Rai, who serve all he got for the independence of Indonesia. After that, this airport keeps getting improvements and developments until now.

As time goes by, Ngurah Rai Airport undergone so many renovations starting from the runway expansion, equipments advancement, until facilities improvement to suit its predicate as an international airport. These recent years, if you often visit Bali or leave Bali, you must have whining at least once for its crowded and uncomfortable situation. This condition is just temporary because it is still in a renovation. However, all people seem understand about this process which later on will be beneficial for them too. 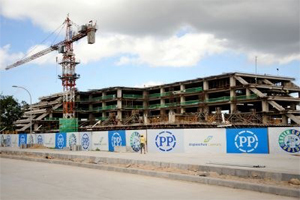 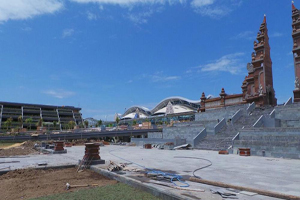 It is not a secret that the renovations done to this airport is a part of Bali’s preparations in welcoming the APEC CEO Summit in the upcoming October. Besides renovating the look of the airport, the administrators have also added the capacity of private jet apron which is still under intense construction. This extra apron is located in the southern part of the airport. This construction is expected to be able to add around 14 airplanes parking spot which can accommodate about five Boeing 737 and more private jets. This effort is done to give more comfort for the nations’ delegations in visiting Bali.

During the APEC Summit 2013, Ngurah Rai Airport will be closed for three days; first at Sunday (6/10) from 10.00-20.00 local time, Tuesday (8/10) at 13.00-20.00 local time, and Wednesday at 07.00-14.00 local time. Outside those hours and after the summit, public flight will be run normally. For your information, 21 nation leaders or government heads, 5000 journalists, around 2500 delegation members, thousands of committee, observers, professionals, technical team, and securities will attend the APEC CEO Summit 2013 in Nusa Dua, Bali. 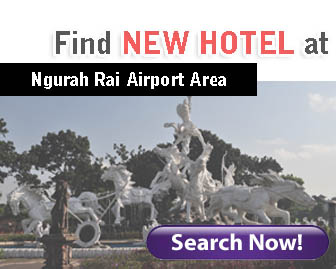