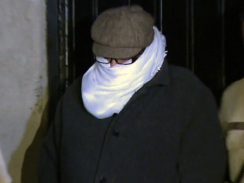 When a movie titled Innocence of Muslim is released and people can see find piece of the movie through Youtube, some might think there would be a big impact caused by the movie. Yes, there is a wave of protest in around the world, but when we talk about the impact given for Indonesia tourism, surely none of the impact affecting such thing as tourism in Indonesia. Tourism in Bali, for example, is running normally and businesses were still alive. And yes, maybe we can regard Bali as an island, a holiday destination that was given the gift of calm and safe political context. So although the world has been facing all the protest around Innocence of Muslim, Bali was to far away from that hot issue. As you can see, Bali refers to an island which became a part of Indonesia. Some might say the island is a real haven of calm and peace, which at the same time gifted with mild climate for all season. So at a glance, Bali is an exotic island, a living paradise where people can stay on it for a while, particularly when the holiday seasons are comes. Bali Tourism is, then, a subject that connected to Bali as a haven. There are more about Bali than meets the eyes. Surely we can also regard the island as one which have various landscape of mountains and hills, barren volcanic hillsides, and sandy beach all giving a picturesque background to its unique culture and colorful nature. That is why Bali tourism is a subject that could be considered by anyone who likes to spend the entire holiday time in a paradise island. But surely the thing is, what are about to be offered by Bali? We already known Bali as paradise on earth, but what are the things available in there? 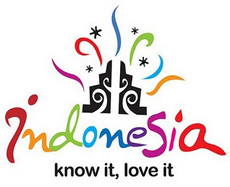 The first thing ever known when we talk about Bali is its white sand beach, which is likely to be favored by most tourists. Bali carried with it, a tropical characteristic which geographically filled with flat area, lake, valley, mountain, and blue seawater. Maybe the God created the island with the intention of giving pleasure for more people. Further, such characteristic of the island also became a landscape where there is richness in term of culture. People would enjoy various cultures such as Balinese Dancing, traditional music like Gamelan, or a festival like Galungan; all of which will be given by Balinese in moment when tourist land in there. Speaking of culture in Bali, surely what I’ve mentioned above are just some examples of culture of people that can be enjoyed in there. In this sense, culture in Bali has been connected firmly with religion. So it is a kind of spiritual life and religious atmosphere that you are going to meet in Bali. The most visible signs of religion marked with the existence of sesajen which can be found in every souvenir stall, work place, house, and even airport (especially its check-in-desk). Balinese Hinduism, then, is a source for Balinese spiritual life. It has been manifested through the blood line of Balinese over 500 years. So we are finding the main sign of Bali tourism, which at first it should be admitted through Balinese spiritual life and form. Another sign of tourism in Bali can surely be seen from several forms of culture and performance. Within the idea of traditional music, tourists will find such two things as wayang kulit (shadow puppet) and gamelan, both of which are dominant in Bali, and they are often performed to give the sense of entertainment for people who visit Bali. Within the idea of dances, there are various dance performances which offers extremely dramatic and visual. These were including: Calonarang, Barong, Legong Keraton, and Kecak.

Spiritual life and form, traditional music, and dances are giving nice atmosphere in around an exotic island which already filled with beautiful sandy beach and nice spot of mountain. Generally, these are placed in a tapestry of texture and colors of which used as metaphors in Bali tourism. Further, Bali is also one of the holiday destinations that going to give much more pleasure for your body. Tourists could find it through sybaritic spa (which is going to give hedonistic interlude) and beach (where you can get massage directly on such place).

World class restaurants are available in Bali. It will indulge you with a variety of drinks and foods, from food that come around the world and prepared by professional chefs to freshest local cuisine. In particular way, there is complete formation of spots, cultures, spiritual life, and restaurants which are connected to Bali tourism. So in the end, you must see by yourself the rich form of goodness that are about to offer by Bali. Bali holiday package, then, would be the one which I myself recommend it.