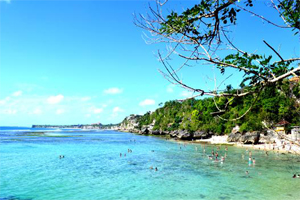 Indonesia, a vast maritime country with 70% ocean area is full of sea potentials. Ocean richness such as various kinds of fish and coral reefs, from the common until the rarest one, all live in Indonesian vast ocean. Besides having potential as underwater habitat, Indonesian sea also showing a great potential as a recreation place which has attracted so many tourists.

As one of the island in Indonesia, Bali especially South Bali area is a paradise of sea. Bali has various waves from the smallest until the biggest so it becomes favorite for the surfers. Most of beaches in Bali have been known as “must-visit” tourism objects during tourists’ stay in this island. One of famous beaches which are very identical with Bali is Kuta Beach. This beach is indeed one of the bests which are never lack of visitors. In this beach we can see a flock of people sunbathing and surfing on the challenging waves. However, Bali is not only Kuta because there are still a lot of other beautiful famous beaches such as Dreamland Beach, Sanur Beach, Pandawa Beach, and many more. Besides getting its fame by the natural beauty, beaches in Bali are also very clean keeping the visitors comfortable.

Well, for you who have visited Bali, have you heard about Padang-Padang Beach? Maybe only small numbers of people know its existence or ever visit this hidden beauty. This beach’s name is indeed not as famous as other beaches in South Bali. This white sand beach is located in Labuhan Sait Street, Pecatu Village, South Kuta District of Badung Regency. In a glance, there is no big different between this beach and other similar beaches. However, the remarkable thing from this beach is its location. To enjoy its beauty, we must cross and climb high cliffs surrounding the beach. These cliffs are formed from the pounding waves of Padang-Padang Beach, creating small and big caves. The tiny gap formed by this natural phenomenon is the only way for crossing. In fact, it can only be crossed by one person, so when you meet someone along this way one of you must step aside. However, this is such a kind of uniqueness that this beach possessed compared to the other beaches. Walking down the stairs and crossing the gap between the rocks or caves are like an adventure that you must face before arriving into the paradise island. Although it is a bit hard to be reached, when you finally arrived in Padang-Padang Beach all your effort will be paid off. 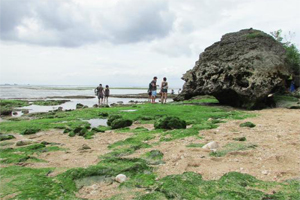 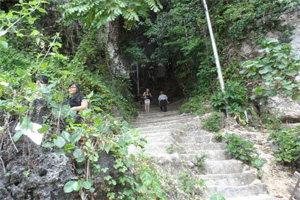 Actually, this beach had gained its famous since 1996 when a band “Michael Learns To Rock” used this beach as shooting location for their song video clip “Someday”. This beach’s name were then even boosted by the Hollywood film “Eat, Pray, & Love” starred by Julia Roberts took some of the scenes in Padang-Padang Beach.

Padang-Padang Beach is located around 32 km from Denpasar City and if you land on Bali through Ngurah Rai International Airport, it will only need 45 minutes. This beach has clear turquoise water and far distance from all the noises of a city, so it is a perfect place for relaxing, sunbathing, and surfing. Padang-Padang Beach is also well known for having great coral reef, so besides those activities mentioned earlier you can also do snorkeling to see directly its underwater beauty. Because of its beauty and uniqueness, this beach is in the category of top 20 beaches of South East Asia. 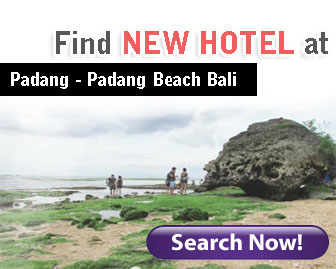